Four men have been charged with burglary after break-ins in Carmarthenshire earlier this week. 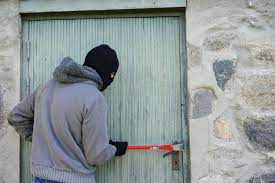 Ricky David Jenkins, aged 34, of Fforestfach, Swansea, Keith Martin Goodenough, aged 58, of  Penlan, Swansea, Dean Michael Clement,  44, of no fixed abode, and Simon Lee Griffiths, aged 46, of Penlan, Swansea, have been charged with two counts of burglary and one attempted burglary in the Ammanford area on 3 and 4 January.

Simon Lee Griffiths has also been charged with 3 counts of assaulting emergency service workers as well as one count of criminal damage on 5 January.

All four men pleaded not guilty to the charges when they appeared at magistrates court and were remanded in custody until their appearance next month at Swansea Crown Court.

(Stub article to be updated)

Latest from all networked sites: